Have you ever gazed up at the sky and seen strange white streaks that look a little too uniform and somewhat too precise to be clouds, or suspicious jet trails across the horizon? They may look picturesque against the bright blue atmosphere, but don’t be fooled, these beauties could potentially be deadly.

It is not uncommon for airplanes to leave trails of condensation in their wake. These are called condensation trails or contrails and are essentially caused by the freezing of water vapor from engine exhaust at low temperatures and high altitudes. The contrails are a visible white arrow-like line. Depending on the altitude of the plane, these contrails can remain visible for a few seconds or up to a couple of hours, becoming wider and spreading to form clouds. Contrails are harmless, but some scientists argue that, they may alter weather conditions by increasing the cloud cover, thus contributing to global warming.

Chemical trails or Chemtrails are a completely different matter. Much like contrails, they are lines left in the sky made by aircraft engines. However, they remain in the sky much longer than contrails. They may look similar to the naked eye at first, but upon closer examination they are much more precise and uniform. Unlike contrails, they seem to remain affixed in the same shape and size taking much longer to diffuse. This is because chemtrails consist of more than just water vapour. In fact, they could contain a potentially deadly mix of chemicals. 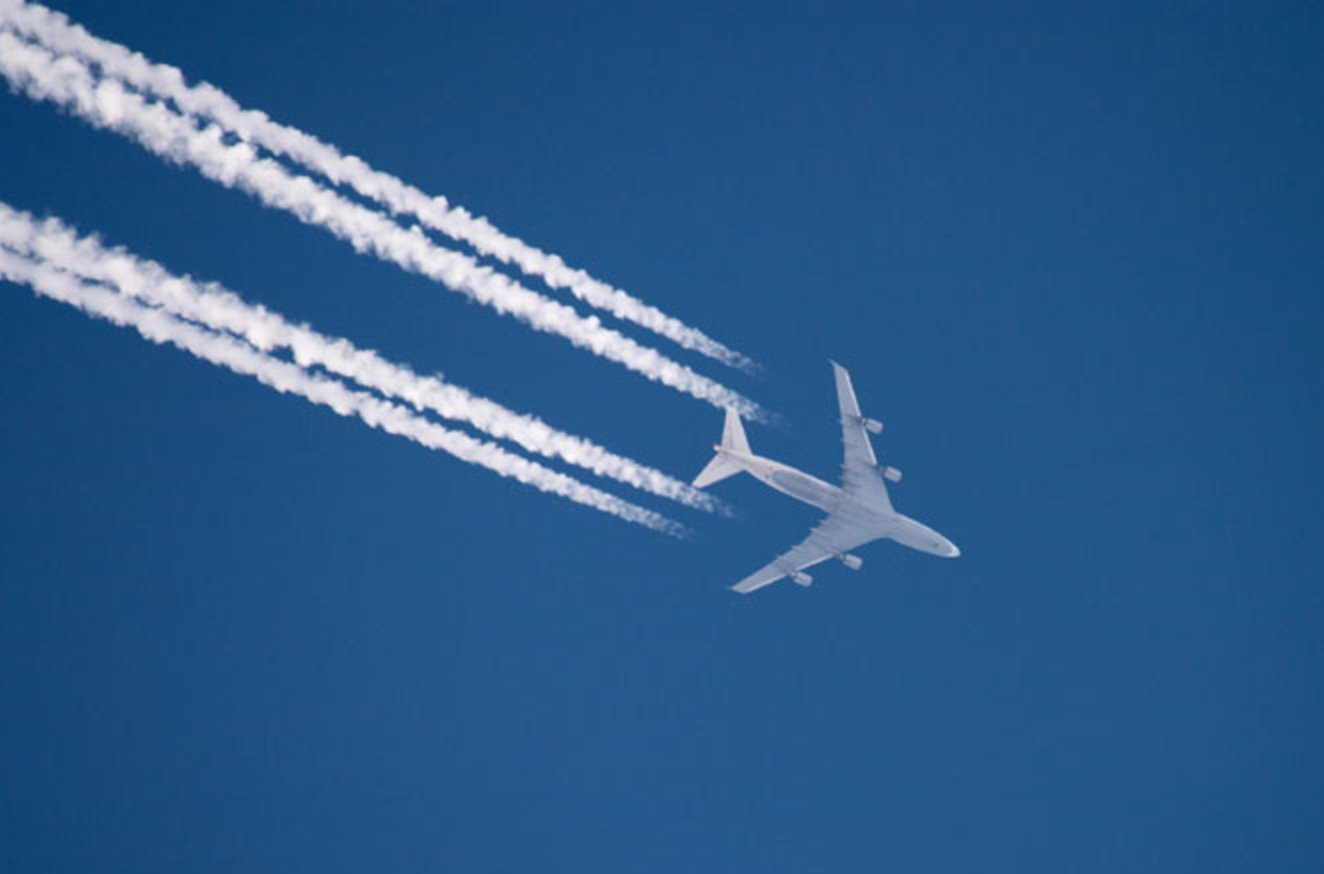 Geo-engineering or climate alteration refers to the changing of climate conditions of the earth. It is no secret that the government has been investing in research in this field of applied science. However, given the controversial nature of the subject, the majority of the experiments go on under the radar without the knowledge of the general public. Dating as far back as 1996, there have been reports of military airplanes pumping out gasses into the atmosphere through aircraft exhausts in order to modify weather conditions. More often than not, official government bodies deny these claims labeling them as conspiracy theories. That said, all one has to do is take an interest and do some research. Over the years, there have been countless sightings and a myriad of photographic evidence available to support the chemtrail theory. The evidence is there. This website aims to bust the myths that the governments would have us believe and encourage people to take an active stance against geo-engineering.